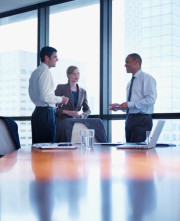 A prescription drug benefit program that was created through the U.S. Medicare Prescription Drug, Improvement, and Modernization Act of 2003. The "D" stands for "drugs". The program gives Medicare recipients these basic choices: stay in traditional Medicare without signing up for the prescription drug benefit outlined in the Act, stay in traditional Medicare and enroll in a Medicare drug plan, enroll in other Medicare plans, or enroll in a comprehensive private health plan (which may or may not cover prescription costs). The program began providing coverage for users on Jan 1, 2006.

Those who enroll in the Medicare Part D program choose from a large list of approved drug plans which do not cover all prescription drugs, so it is important that they choose a plan that meets their needs. Senior citizens and seniors' advocacy groups have criticized the program for not being comprehensive enough and adding to the already high costs of getting the drugs that seniors need for medical reasons. As a result of Medicare Part D, a number of insurance products are expected to cover the gaps in prescription drug coverage.﻿ 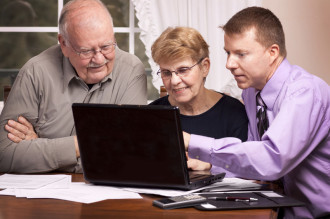 Individuals are eligible for prescription drug coverage under a Part D plan if they are entitled to benefits under Medicare Part A and/or enrolled in Part B. Beneficiaries can obtain the Part D drug benefit through two types of private plans: they can join a Prescription Drug Plan (PDP) for drug coverage only or they can join a Medicare Advantage plan (MA) that covers both medical services and prescription drugs (MA-PD).[2] The latter type of plan is actually part of Medicare Part C and has several other differences relative to original Medicare.

About two-thirds of Part D beneficiaries are enrolled in a PDP option.[3] Generally, not all drugs will be covered at the same level, giving participants incentives to choose certain drugs over others. This is often implemented via a system of tiered formularies in which lower-cost drugs are assigned to lower tiers and thus are easier to prescribe or cheaper.

Dual eligibles (those also eligible for Medicaid benefits) were transferred from Medicaid prescription drug coverage to a Medicare Part D plan on January 1, 2006. They are automatically enrolled in one of the less expensive PDPs in their area, chosen at random.

Most Medicare beneficiaries must affirmatively enroll in a Part D plan to participate. Currently, the enrollment period will last from October 15 to December 7.[2] Medicare beneficiaries who were eligible but did not enroll during the enrollment period must pay a late-enrollment penalty (LEP) to receive Part D benefits. This penalty is equal to 1% the national average premium times the number of full calender months that they were eligible but not enrolled in Part D. The penalty raises the premium of Part D for beneficiaries, when and if they should elect coverage.[4]

Enrollment in Part D as of April 2010 was 27.6 million beneficiaries.[2] In 2010, there were 1,576 stand-alone Part D plans available, down from 1,689 plans in 2009. The number of available plans varied by region. The lowest was 41 (Alaska & Hawaii) and the highest was 55 (Pennsylvania & West Virginia).[3] This allows participants to choose a plan that best meets their individual needs.

Plans are required to offer the "standard" benefit or one actuarially equivalent, or they may offer more generous benefits. Medicare has made available an interactive online tool called the Medicare Plan Finder that allows for comparison of coverage and costs for all plans in a geographic area. The tool allows one to enter a list of medications along with pharmacy preferences. It can show the beneficiary's total annual costs for each plan along with a detailed breakdown of the plans' monthly premiums, deductibles, and prices for each drug during each phase of the benefit design. Plans are required to update this site with current prices and formulary information every other week throughout the year.